“When was the last time you learned something new?” was a question I used to ask candidates interviewing for positions when I was working in Human Resources. It was amazing to me how many people were stumped by this question. It was not my intention to stump anyone; rather, I was seeking out  people who have a zest for learning, are open-minded, can change their minds when presented with new information. The Vice Presidents and CEOs that I supported insisted on these qualities in the people we brought on board.

I  love learning new things and having my mind-set challenged by contrarian views. This week I was so challenged.

I picked up the young girl at the house that Prashna directs me to. Her Mom comes outside. I get out of the car and introduce myself, assuming that the Mom must be concerned about the person who is driving her daughter to and from the school for the evening performance. I also give the Mom my business card so she knows my name and has my telephone numbers and somehow I think it makes me seem more legit.

She doesn’t give me her telephone number which would be more practical, should some situation emerge regarding her daughter. I don’t even know her last name.

She is Muslim, wearing the traditional dress and head covering. She is petite and quite beautiful. She seems stressed and explains that her husband works many hours and at night. He works at a restaurant. I ask if she has other children. Yes, an infant and a three year old, one of whom has Down’s Syndrome. She takes my hand and we say good-bye.

Zmrda is a lovely 10 year old girl. She is well-spoken and poised. She too wears the traditional head covering of Muslim women. 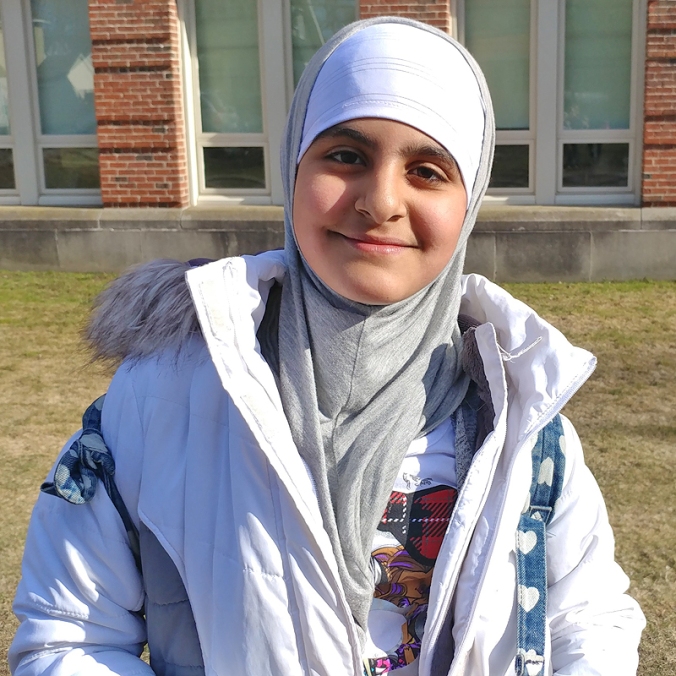 Later, Prashna asked if I can provide transportation for Zmrda, if she gets accepted in the GOTR program.

Girls On The Run is an after-school program for girls that focuses on fitness through educating them and preparing them for a lifetime of self respect and healthy living. The ultimate goal of GOTR  “is to provide the girls with tools and resources that develop their ability to think critically–a skill that will serve them well for a lifetime.”

Prashna let me know that Zmrda was accepted into the GOTR program. I contacted the school coordinator and let her know that I would be providing  Zmrda transportation from school to home and asked if the proper clearance was given by the parents so as to avoid any problems when I pick up Zmrda  later in the afternoon.

Ms. O’Brien returned my call and said “yes” the form had stated “Mrs. Susan” [that’s what Prashna and Zmrda call me] as the ‘responsible party’.  Ms. O’Brien wanted to be sure that meant me and she had confirmed it with Zmrda’s Dad by telephone.

I enjoy seeing the girls two afternoons a week. They have become friends and listening to their conversation is always enlivening.

This past Tuesday, I brought Freddy along for the ride as I would not be making any other stops along the way. [On Thursdays, I bring Prashna to Girl Scouts meetings, after we drop off Zrmrda.]  As Prashna is approaching my car, she sees Freddy and Freddy sees her and they both are very excited. 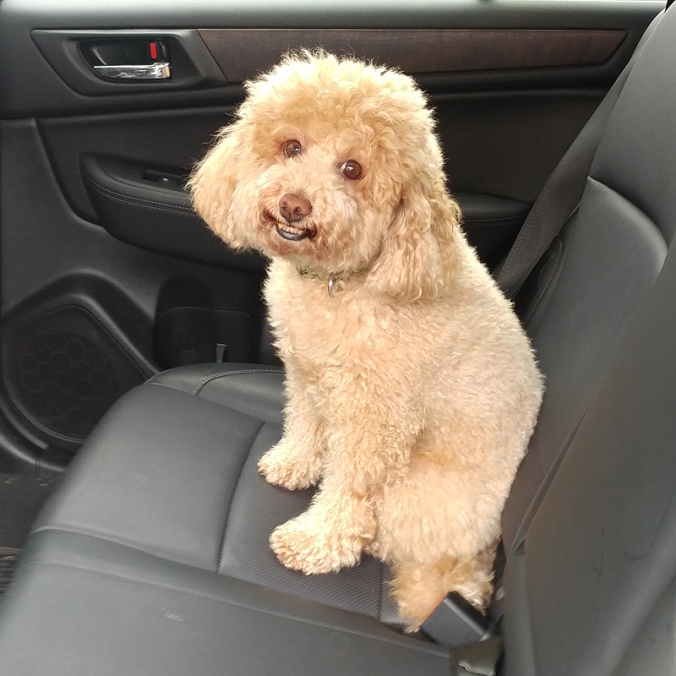 As the two girls tumble into the car, Prashna tells Zmrda Freddy’s name and says that he is a good dog and says how much she likes him. She is petting him and Freddy is wagging his tail uncontrollably. Zmrda sits back and says her Mother does not allow her to touch a dog. I ask why and she says “because dogs are dirty and they have germs.”

Uh-oh, did Freddy hear that? 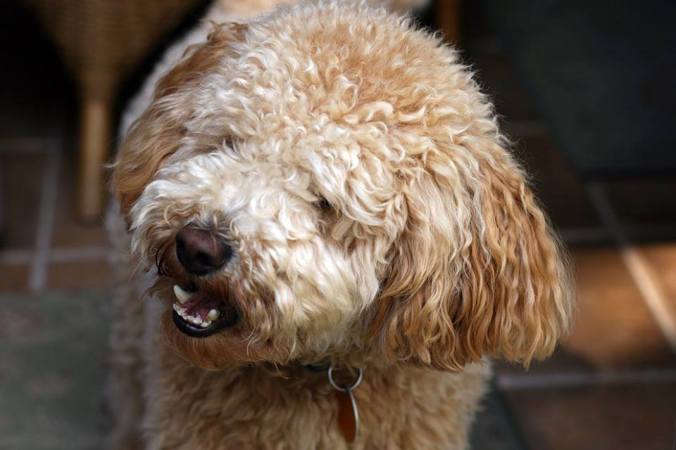 Islam forbids Muslims to keep dogs, and the punishment for that is that the one who does that loses one or two qiraats from his hasanaat (good deeds) each day. An exception has been made in the case of keeping dogs for hunting, guarding livestock, and guarding crops.

Most Muslim scholars agree that in Islam the saliva of a dog is ritually impure and that contact with a dog’s saliva requires one to wash seven times. This ruling comes from the hadith:

The Prophet, peace be upon him, said: “If a dog licks the vessel of any one of you, let him throw away whatever was in it and wash it seven times.”

Prashna’s response to the situation was: “Zmrda, pet him and then you can wash your hands and your Mom won’t know what you did.”

Yes, she did say that and I did admonish her for it.

The Nepalis have their own rituals about cleanliness, washing, food and what one can and cannot do with their right and left hands.

I am uncomfortable with beliefs, superstitions, traditions, and rituals that have no basis in what is True. I know I am wandering into dangerous territory here. It just doesn’t sit well with me that parents let their child get into a car with a woman they do not know, yet the same child cannot pet the women’s dog. Which, the stranger woman or the dog, poses the gravest potential danger?

I heard a commentator on television the other day say that “it’s not that Trump doesn’t know anything, it’s that he doesn’t learn anything new and he is not open to learning anything new.”

Religions need to question and revise their man-made interpretations of Truth as new knowledge and insight unfold. Religious dogma cannot remain steeped in the past with all of its cultural backlog and baggage, if it is to be meaningful and relevant to today’s generation.

“Superstition is to religion what astrology is to astronomy, the mad daughter of a wise mother. These daughters have too long dominated the earth.” Voltaire

Jesus, the Nazarene, reminded the Pharisees and the high priests of the day that their religious practices on cleanliness missed the mark when he was asked “Why do your disciples break the traditions of the elders?  They don’t wash their hands before they eat.”

Jesus replied, “And why do you break the command of God for the sake of your tradition?”

Jesus then taught the people, saying “it is not what you touch or put in your body that defiles it; for what you put in your mouth goes into the stomach and then out of the body. Rather it is “the emissions of your hearts, your thoughts, words and deeds that cause you to be unclean. But eating with unwashed hands does not make you unclean.” Matthew 15

Petting, touching or kissing a dog does not make you unclean.

To read about Prashna and my involvement with a Nepali family, read a previous story:

A daily selection of the best content published on WordPress, collected for you by humans who love to read.

The Art and Craft of Blogging

The latest news on WordPress.com and the WordPress community.